We gave a legendary street skater a platform to speak out about helmet safety, and inspired the skate community to speak up.

After years of breaking boundaries, not to mention his share of bones, skater Mike Vallely decided to make a change. He would start wearing a helmet—a move that typically meant you’ve gone soft. Mike V teamed up with Triple Eight, the NYC-based action sports brand, to make the announcement and spark a long overdue conversation about wearing helmets.

After creating a visual identity for the partnership, we produced a video that let Mike V tell his story, in his own words. “Get used to it” emerged as a symbolic phrase and became the campaign’s moniker. We then built a custom tumblr site that hosted the helmet debate, housed fresh content from Mike V and Triple 8, and energized the platform’s huge skate community around the issue. 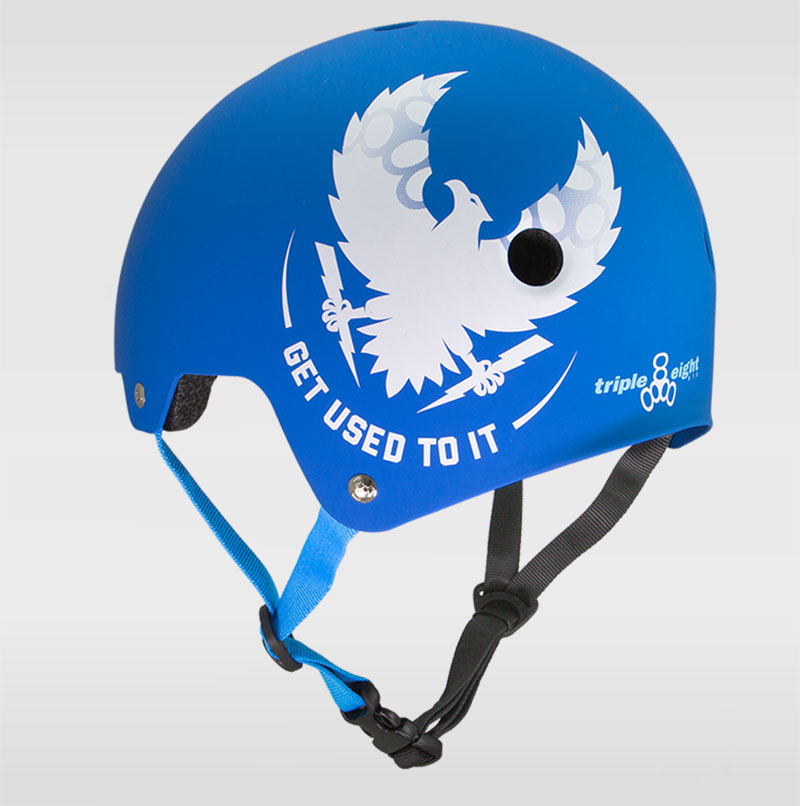